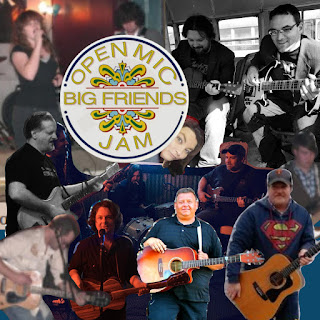 The awesome Big Friends weekly jam is back!

Come out and enjoy playing songs with your friends on the carpeted stage each week at Jim's Roadhouse 705 N. Osage Nevada, Missouri.Sign up to play alone or with the friends you want to. Have an epic acoustic duo, or an all out 6 guitar extended jam with a drum solo.If you are not a musician don't worry -- you are in good hands. The area local musicians have a great time getting to entertain you at their leisure each week. The short relaxed casual and impromptu sets throughout the night will provide an awesome variety music show experience for the listener. From seasoned professional musicians to first time performers, and a mix of both can surprisingly amaze us all with unseen local talent emerging.The event won't break your pocket with some mid-week fun. There is no cover for FREE admission to the event each week. There are also $1 Jello Shots, $5 Signature drinks, and $4 Margarita's as a regular price every Tuesday!Jim's Roadhouse is a place where everyone is welcome and everyone quickly becomes your friend, where a great staff of servers will greet you with a smile, and go the extra mile to make your visit one of a kind, and a wonderful experience. With warm hometown conversation, and a mid-western uptown feel, from cowboys to contractors, welders, or businessmen, and just everyday people young to old all find something they love at Jim's Roadhouse. It's a place to relax and unwind, a place to celebrate, and a place to find entertainment. Live music, darts, pool tables, and a jukebox all find a home for your enjoyment while you visit and have a social drink with friends. Bar seating and comfortable chairs at tables and booths are available to be seated at in the main room with three TV screens. You will enjoy this place, bring your friends and celebrate weekly.
Posted by Dangerous Doug Harper at 6:24 AM No comments:

Hey all we are at it again with a short and sweet podcast from your friends here at Lunch With Doug. This episode titled "Cottey College Virtual Graduation" is a quick update just letting you all know that this Sunday, June 7, 2020 at noon. Visit the top link below to hear the podcast, and the bottom link will get you to the page where the virtual commencement ceremony can be viewed this weekend.

View the Virtual Commencement this weekend at www.cottey.stageclip.com

Posted by Dangerous Doug Harper at 11:29 AM No comments:

Posted by Dangerous Doug Harper at 4:52 AM No comments: 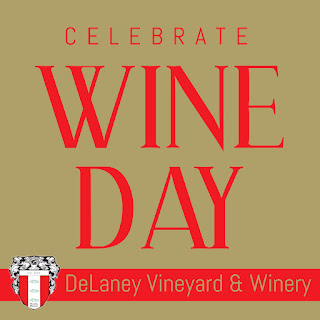 Posted by Dangerous Doug Harper at 8:57 AM No comments:

I write to you today in hopes I can get you all onboard as followers at my Bandcamp page.

What is Bandcamp? You may be asking. It is a web-space and app dedicated to independent music. Right now Bandcamp is one of the most popular places for indie artists and bands (such as me) to be able to get their music out to the world in a logistical way for this type of artists.

I have made my Bandcamp space as unique as possibly can from all of the other social media places that I have content at, and the ones I use frequently. Also Bandcamp as a whole has set their page up to be all about audio music and a few communication tools.

Not all of my albums and singles go to the major digital outlets. This is mostly controlled by me but sometimes for reasons out of my control, there are places that my music does not get to. This is ok for the most part, but another element of distribution that can be out of my control is how fast a digital outlet will get the release available to the public. With Bandcamp I am in complete control. So for instance, If I should get an album ready to put out to the world I can have it up and online in a matter of minutes (this does not include the writing, production, etc. of course though), unlike the others in which usually 2 days at best for a few of the really big companies but still some outlets not releasing until a week to 2 weeks later.

So with all of that said, here's what I do. I get all of my music to Bandcamp first because it gets said music to the followers first. Next I decide if the particular release should be kept as a special exclusive release just for the Bandcamp subscribers or should it be made available at all of the major music outlets etc. This usually is a decision made based on a number of factors such as: Is it a live track? Has a different version been released before? Is this something that will apply to a broad worldwide audience, or is it just something more for the super-fans?

Normally all singles are released everywhere, because single songs are meant to be top products promoting the next upcoming album, or just the catalog of music as a whole. Back catalog items usually go to Bandcamp only just for the subscribers since they were already released in some fashion and unless they are like a re-issue for the 20 years or something are going to be a release that the super-fans are going to want, and possibly owned before on CD or Cassette, but over time lost or broke that original product. So the super-fans deserve to have access to those things, and they might just go idle to the mass market, without having the gusto, and momentum of promotion that a new album would have behind it.

I hope this helps you understand how the Bandcamp is working, and that you will consider following, or at least dropping by www.DangerousDougHarper.Bandcamp.com just to check it out or check out the NEW music as it develops on my Bandcamp page by following below!

Posted by Dangerous Doug Harper at 9:56 PM No comments:

Posted by Dangerous Doug Harper at 9:09 PM No comments: